Yeah, OK.  Looks like I can probably get around to posting every two weeks or so.  But at least I take pictures along the way!

Since the last post, we got the shelves put up, and hung Shelob back on the wall: 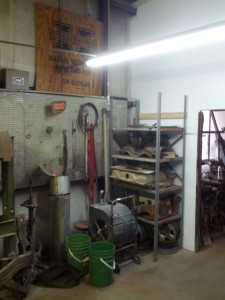 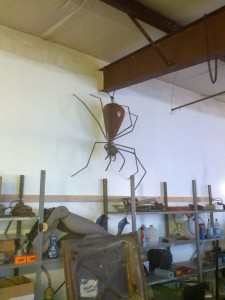 We also pulled the engine and transmission out. 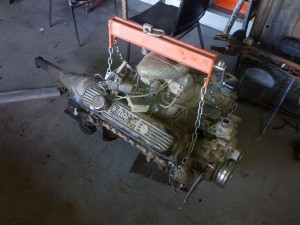 Vector is now up on jack stands, and both the rear axle and front engine cradle / front suspension have been taken out. 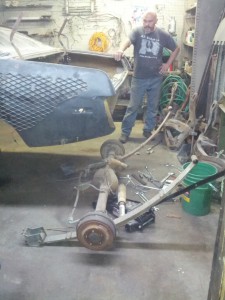 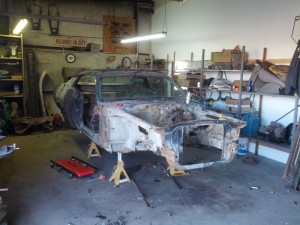 The interior is almost completely stripped out. 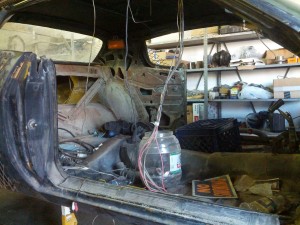 And I’ve begun pulling the various things I’ve accumulated for this build over the last several years out of their boxes and spots in the shed. 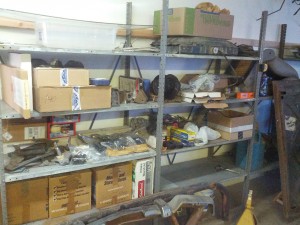 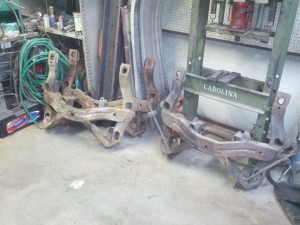 Next up is putting the engine on the engine stand, and taking it apart to see just how gunky it is inside.