OK, so, maybe I’m not so great at remembering to do updates.

We’ve made a lot more progress on the shop; Everything that’s getting moved out has been moved out, drywall repairs done, and paint applied.  Shelves are built but not in place yet. 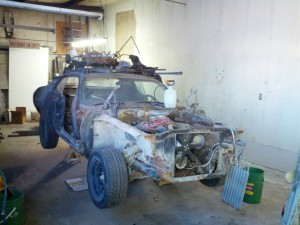 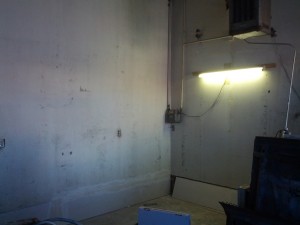 On the Vector front, the exhaust has been removed, along with the fuel tank.  The local U-Pull-It junkyard had a ’74 4-door Satellite, and all of the understructure in the unibody is the same up front, so… I bought the forward 3/4s of the floorpan up through the radiator support, sawing through the A and B pillars.  That car also had nice supply and return fuel lines, and the long rear brake line, so I got those, and the rear glass which I am hoping will fit into Tensor.  (Whose glass isn’t damaged, but the seal leaks, and removing it for reinstall may cause it to become damaged.)  Getting it off the truck drew first blood in the new shop on this project, too. 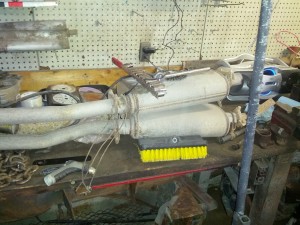 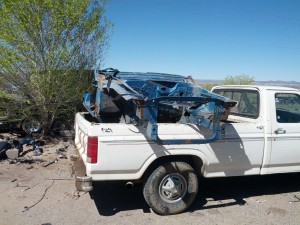 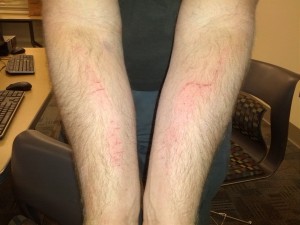 I have been collecting parts for a while, so I had a spare pair of ’73+ spindles and  ’73-’74 B-body lower control arms, I soaked them in MEK overnight to suck the volatiles out of the grime, gave them a wire brush once over to knock the worst crud off, and then popped them in the sand blast cabinet.  They came out looking rather nice.  I’m going to take the sharp edges off, weld on stiffening plates to the bottom of the LCAs, and give them a couple coats of KBS Rust Seal.  I have been very pleased thus far with the performance of that product, especially in the context of, well, Mopar front suspension components exposed to playa dust. 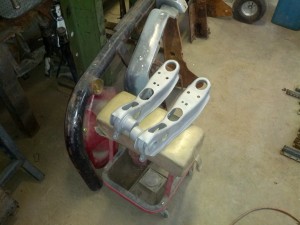 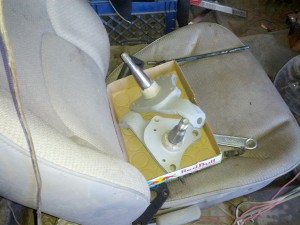